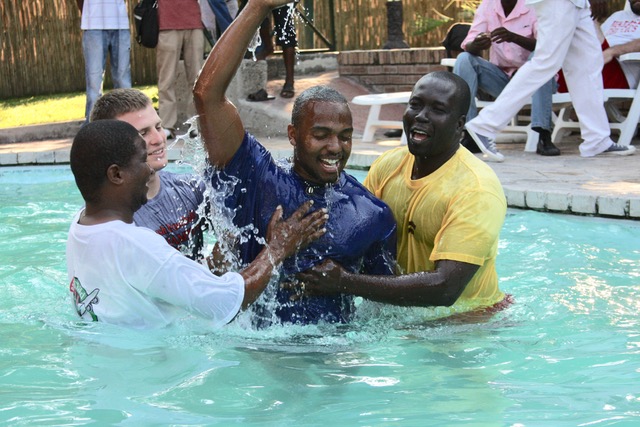 Three members of the OneWay Africa team ride for hours through harsh terrain to a remote community where the people have been asking for a church.

They have to stop often to push their motorcycles across roads overgrown by the thick bush. As they trudge on, they discuss the joy of going through hardships like this to take the gospel to such far-flung, but hungry people.

The riders’ arms and legs are weary, but they stay fueled by the thought that the villagers are crying out for a church. 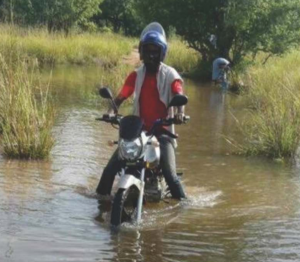 When they finally arrive, the chief receives the tired men and learns why they have traveled so far. The riders are overwhelmed by the joy on people’s faces as news of their arrival spreads.

That evening, they show “The Jesus Film” to an eager crowd. Right before the film starts, one rider, Emmanuel, scans the crowd and notices a young woman praying and thanking God, as if her prayers have finally been answered.

This is just one of the many encounters our OneWay Africa team has had in 2019 while sharing the film with more than 70,000 unreached people. Praise God that more than 6,500 of them have received Christ as their Savior as a result.

Part of our Reach People Initiative will provide $200,000 so our OneWay Africa team can help thousands of remote and forgotten people in northern Ghana hear the gospel for the first time and have an audio Bible in their language. As part of Operation Unreached, we will also train and send workers to share Christ and establish churches.