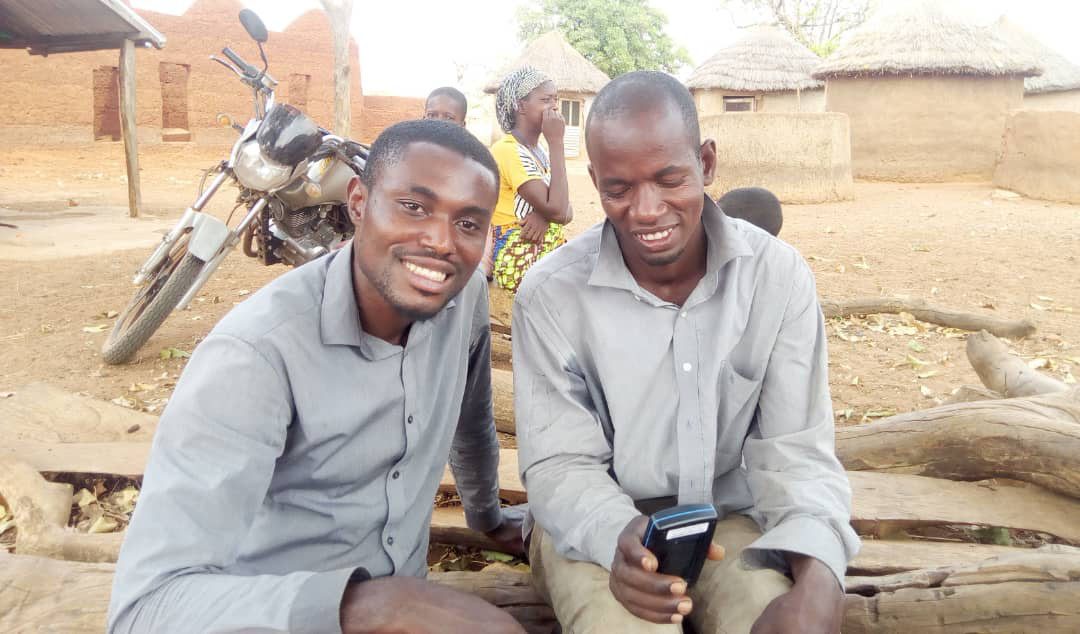 OneWay Africa is reaching the unreached people groups of northern Ghana through a multiplicity of avenues, one of which is the BiblePlus+ project. This project focuses on providing the gospel along with worship songs, Bible teachings, testimonies and health information.

Last month, a team of two traveled to Ghana, where they recorded a new language for  BiblePlus+. While there, they had the opportunity to see hearts open to the gospel.

Here is one of their stories:

We were staying in a guest house when a Fulani man came in to buy a beer, which was unusual because the Fulani are Muslim. Two partners of the OneWay Africa team from Burkina Faso approached him and began a conversation.

During their conversation, they asked Beth if they could use one of the newly finished Fulani BiblePlus+ units. They played a song, a testimony and a short Bible teaching before asking if they could also have an SD card so the Fulani man could have the information on his phone.

The SD cards and WiFi sharing devices are unique from the BiblePlus+ solar units because they can also include videos such as The Jesus Film, Walking with Jesus, and a beautiful new set of films from Lumo called The Gospel Films.

The Fulani was intrigued by what he saw and heard. “This is amazing,” he said. “Can I have it? I want to share it with my family.”

God is using BiblePlus+ to reach thousands of people in northern Ghana in their mother tongue. For only $50, you can help share the gospel with individuals and entire families.