A Strategic Position to Reach People

It is soon to be the third most populated country in the world.

It will bump the United States down to No. 4 in population, taking its place after China and India.

But most people in the western world know very little about Nigeria or the conflict that boils there because of its location along the “belt” that separates North Africa from sub-Saharan Africa.

It’s a region that has been a major focus of OneWay Ministries because of its strategic position, not just geographically, but also from a spiritual perspective.

Board member George Murray recently returned from a trip to this part of Africa, where OneWay supports strategic partnerships with national ministries. Murray visited Ghana (in West Africa) and Chad (in Central Africa) where OneWay is working with national leaders, along with those in South Sudan. Local workers train and send missionaries across this “flash point” between North Africa, which is predominantly Muslim, and sub-Saharan Africa, which is largely Christian. And we’re prayerfully exploring the possibility of adding national missionary training programs in another West African nation, as well as Ethiopia in the east.

OneWay is working where a very real “clash” is taking place between vibrant Christianity from the south, which is intentionally pushing north, and militant Islam from the north, which is intentionally pushing south. Located on that “fault line,” more than 1,000 Christians were killed in 2019 for their faith by Muslim extremists in Nigeria alone. Already in 2020, extremists kidnapped four Christian seminary students.

But Jesus never said that fulfilling the Great Commission would be easy.

One of our current national missionaries-in-training, a former Muslim, has been badly beaten for his faith (resulting in six months of hospital recovery), and has even spent time in jail. Yet, he is joyfully studying God’s Word in one of our training schools, preparing to take the gospel to Muslim communities in North Africa.

Another of our students is studying with us secretly, because he has been placed on a “most wanted” list by religious leaders who want him killed. Modern day believers are living out the same type of stories we read in the New Testament book of Acts!

Please continue to pray for OneWay’s work in Africa and our vision to reach even more people in that area. As part of our $4 million Reach People initiative, we are praying God will provide $200,000 specifically to expand our work in Africa. Will you prayerfully consider helping us Reach People in this tumultuous part of the world? 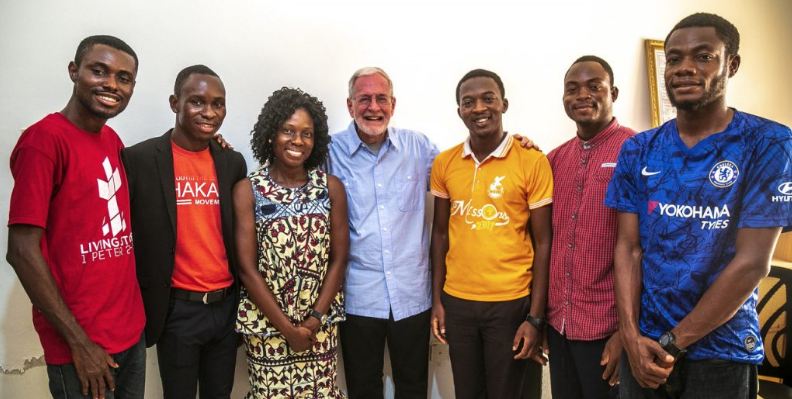