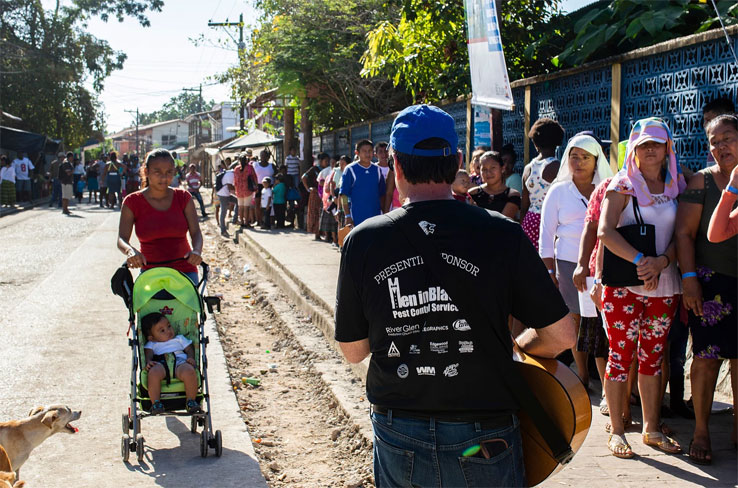 These words were recently shared with OneWay’s Equipping Evangelist as he made yet another visit to a country near the Middle East. God is doing amazing things.

“Recently there’s been a lot of people that have come to Christ in that church and in that area through that church,” he reports. Forty were recently baptized.

This church was one of four founded as a result of brutal violence. Here’s the beautiful backstory:

Years ago, friend and ministry partner Arash* invited OneWay’s Equipping Evangelist to visit a refugee camp that had sprung up as a result of violence by ISIS.

“Arash [had gone there] by faith with no plan, no contacts. He just went,” the Equipping Evangelist explains. “[Officials] asked him if he could lead a refugee camp, if he could take charge of one. He said he would, on the condition that he could share Christ with people.”

Arash’s bold request was granted, and he was appointed as the overseer of the camp. Under his leadership, refugees were not only provided with food, clothing and showers, but with the Gospel of Jesus Christ, as well. A large tent was erected where evangelistic meetings were held and open to more than 7,000 people within the camp. During his first visit, the Equipping Evangelist witnessed the first six baptisms, preached and saw firsthand how God was working.

The refugee camp lasted for a little more than a year before it was no longer needed, he recalled. The people dispersed. Yet, the Gospel had taken root in the hearts of many. As the refugees returned home, so did the life-changing message of Jesus Christ. Since then, four churches have been established.

“ISIS wanted their Caliphate, but it turned out that God used it to advance [His kingdom].”

In response to this growth, Arash appointed two leaders for the new churches. As part of his ministry, the Equipping Evangelist comes alongside these churches and leaders to mentor and help in any way he can.

“I teach English and music to [people] who come to the church building,” he explains. “I do evangelism and teaching when we visit families in their homes.”

During his travels, Arash was stopped and is no longer allowed passage into the country.

“Since Arash is no longer able to enter the country, a shepherd from the outside to teach and encourage them is ever more important.”

God is bringing people to Himself around the world in incredible ways. He provides people like the Equipping Evangelist to disciple, train and mentor these vulnerable churches. In the midst of violence and hate, God continues to show His love to the multitudes and raise up people to preach the gospel. 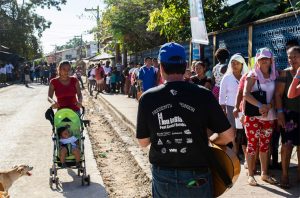 Please pray for the Equipping Evangelist and Arash as God uses them to advance the Gospel. Pray also for churches affected by warfare.

May God continue to build His church and bring eternal hope to those who are suffering.